East Yorkshire is not as well known as other parts of England, but it is home to many medieval churches and sites which feature in The Stonemason’s Secret.

The book is set in Beverley, York, and several East Yorkshire villages. I previously wrote about medieval buildings and sites in Beverley, so here is more information about the villages of Bainton, Harpham, Huggate, and Hutton Cranswick.

You can use this Google Map to see where each is located.

The village church is dedicated to St. Andrew. It is not known when the first church was built here, but the font dates from the mid-12th century so there was a building in place by then.

The building was damaged in a Scottish raid in 1322, and a large rebuilding project began soon after. The building we see today has a single tower on the west end, the spire missing since 1715. Inside, the nave features tall, slender octagonal piers leading to pointed arches.

Of interest is the tomb of Sir Edmund de Mauley along the nave south wall. A steward to Edward II, De Mauley died in 1314 at the Battle of Bannockburn. Dating from 1315 – 1320, the tomb is topped by a carving of Sir Edmund wearing armor and sword, and holding a shield. His feet rest against a lion, and to his left lies a wyvern, biting the bottom of the shield.

The ogee arch carved in the wall above the tomb is what connects it to Beverley and how it relates to The Stonemason’s Secret. Carved later than the tomb, it bears stylistic similarities to the Percy Tomb in the Minster. William de Malton worked at Bainton, probably from the mid-1320s until he went to Beverley about 1330. He was appointed master mason at the Minster in 1335. His mason’s mark can be seen in the south aisle adjacent to the tomb so it is possible he worked on the tomb as well.

Located about 20 miles NE of Beverley, Harpham had a population of 303 in the 2011 census.

The town features two wells. The first, the Drummer Boy Well sits in a field by the former St. Quintin manor and commemorates the death of a drummer boy.

The local church is dedicated to him. Originally built in the 12th century, it was rebuilt by Sir William St. Quintin in the 14th century. The square west tower was added later and crennalated in 1374.

Sir William’s chest tomb dates from about 1349 and is placed in the wall between the chancel and the north chapel. It is topped by a carved alabaster slab engraved with the images of Sir William and his wife, Joan. Above is an ogee arch canopy that unlike the one in Bainton, it is part of the wall that has been opened up to admit the tomb.

As with the ogee arch in Bainton, it is stylistically similar to the Percy Tomb in Beverley Minster. While it follows the same general outline, the end of the cusps do not have the decoration that was seen there or at Bainton.

The wall area surrounding the tomb and arch have been whitewashed, hiding any possible mason’s marks, so it is not possible to say if Wiliam de Malton was involved with this structure. However, on the north chamfer of the arch is the mark of a mason who also worked on the reredos in Beverley Minster, possibly under the supervision of De Malton. Even if De Malton didn’t work at Harpham, his stylistic influence is evident.

Thirteen miles NW of Beverley is Huggate, the highest village on the Yorkshire Wolds at 558 feet/170 meters above sea level. The local well, which once supplied the village with water, is one of the deepest wells in England at 348 feet/106 meters deep. The population was 342 at the 2011 census.

Rising above the village is the spire on top of the Church of St. Mary. The church was given to St. Mary’s Abbey in York around 1150, and the abbey held patronage until the Dissolution.

The building dates from the medieval period. The chancel arch and nave are from the 13th century, while the clerestory level above is from the 15th c. The tower and stone spire date from about 1340.

Huggate is tied to The Stonemason’s Secret as it is believed to be the birthplace of William de Malton. Though there is no record of him working on the church, he was in Beverley when the tower and spire were built, and likely knew about them. I made this connection a central part of the plot.

For images of St. Mary’s and Huggate village, this website has several. Scroll down to find the Huggate ones.

Located about 10 miles north of Beverley, Hutton Cranswick had a population of 2061 in the 2011 census. Originally two separate villages, they have grown together and are now considered one.

St. Peter’s Church in Hutton has medieval sections still remaining, including the tower. However, I could never establish a connection between it and William de Malton.

So why is it in The Stonemason’s Secret?

Because I lived there in 1988-89. The villages were still separate then, and I lived just off The Green in the middle of Cranswick. The summer I lived there was the last summer cricket was played on The Green. I could sit outside my front door or look out the lounge window and watch them play. The back of the house faced south, and on clear days I could see the west towers of Beverley Minster rising in the distance.

Since it was my home for nearly 12 months I had to include it in the story. Unable to find a medieval connection that worked, I made it the home of one of the characters in the story.

Have you visited East Yorkshire? If you have, please leave a comment and share where you went and your thoughts. If you haven’t, I hope you enjoyed this introduction and will plan on visiting when you have a chance.

Listen to the Audio Version 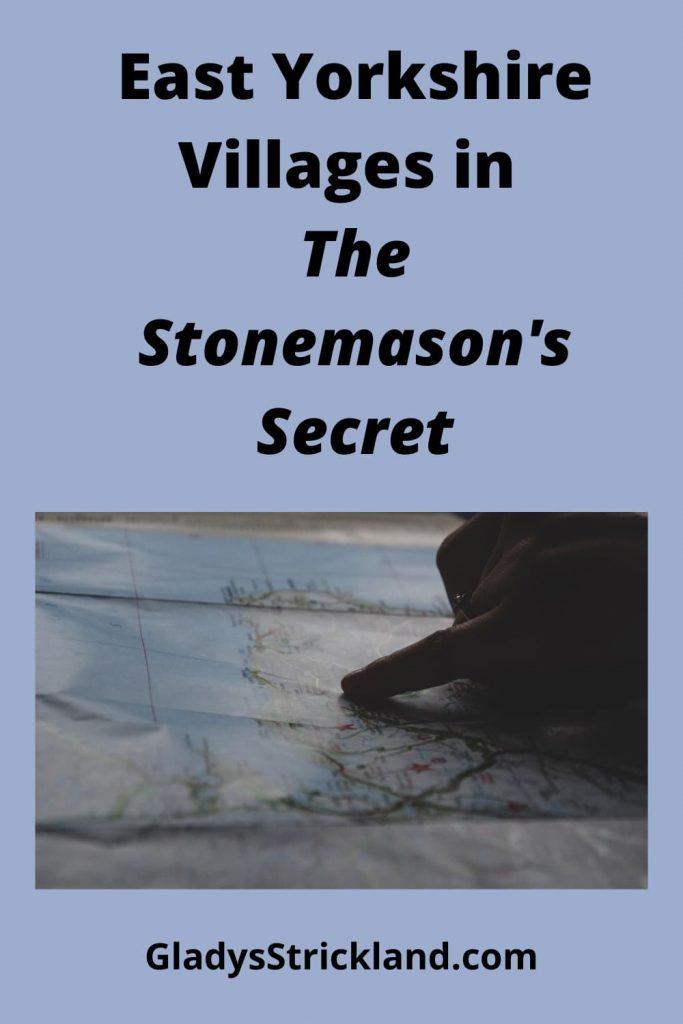